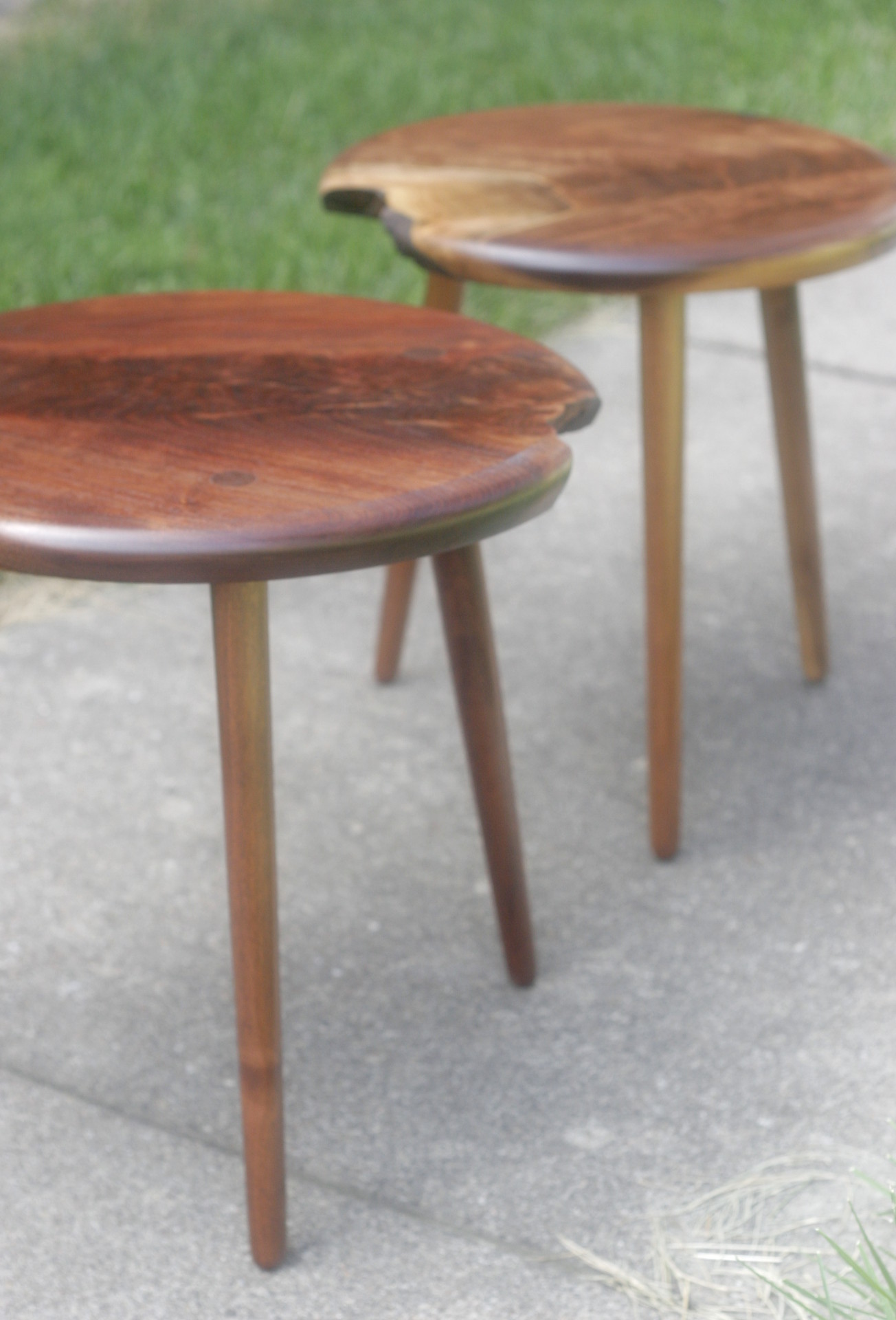 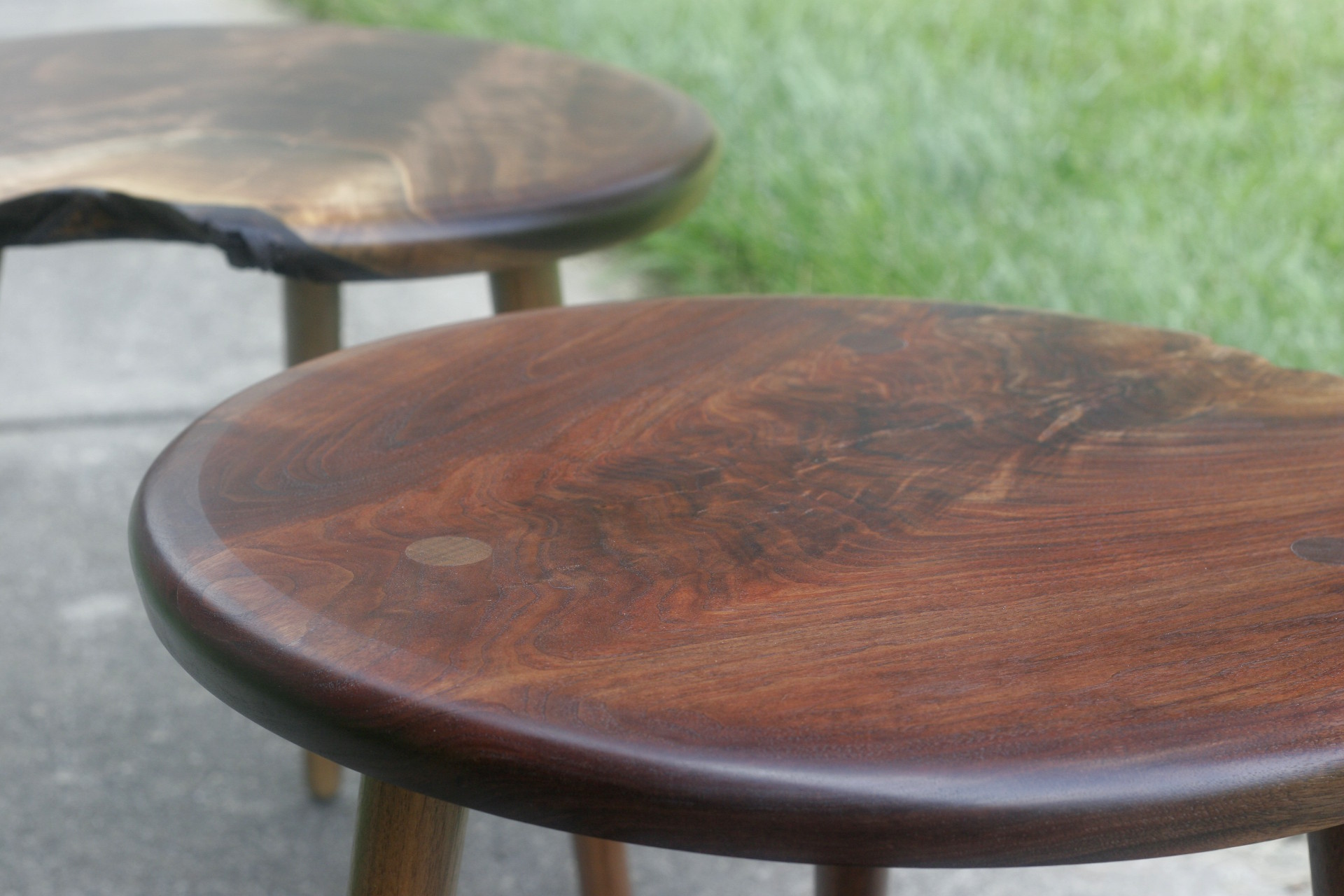 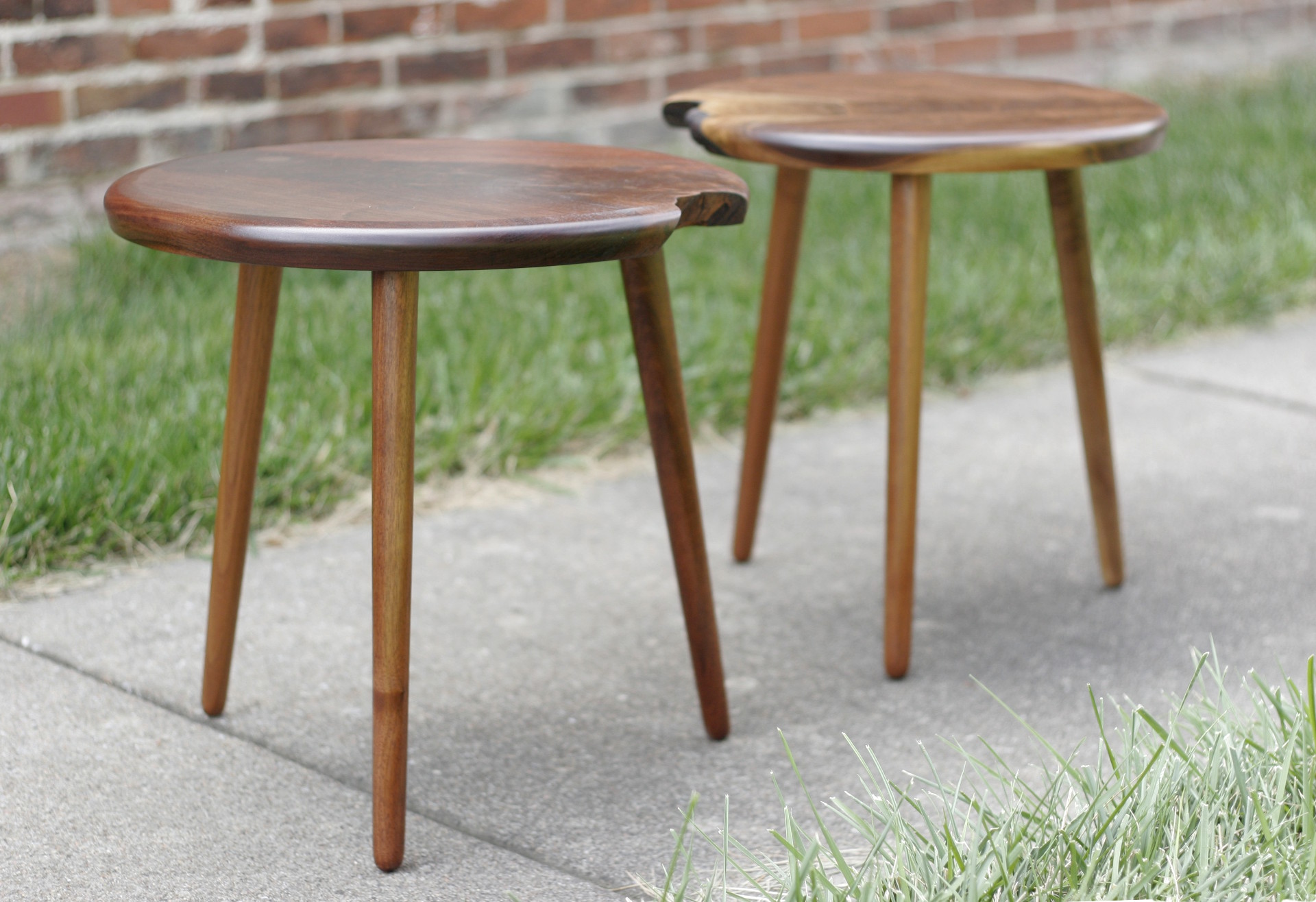 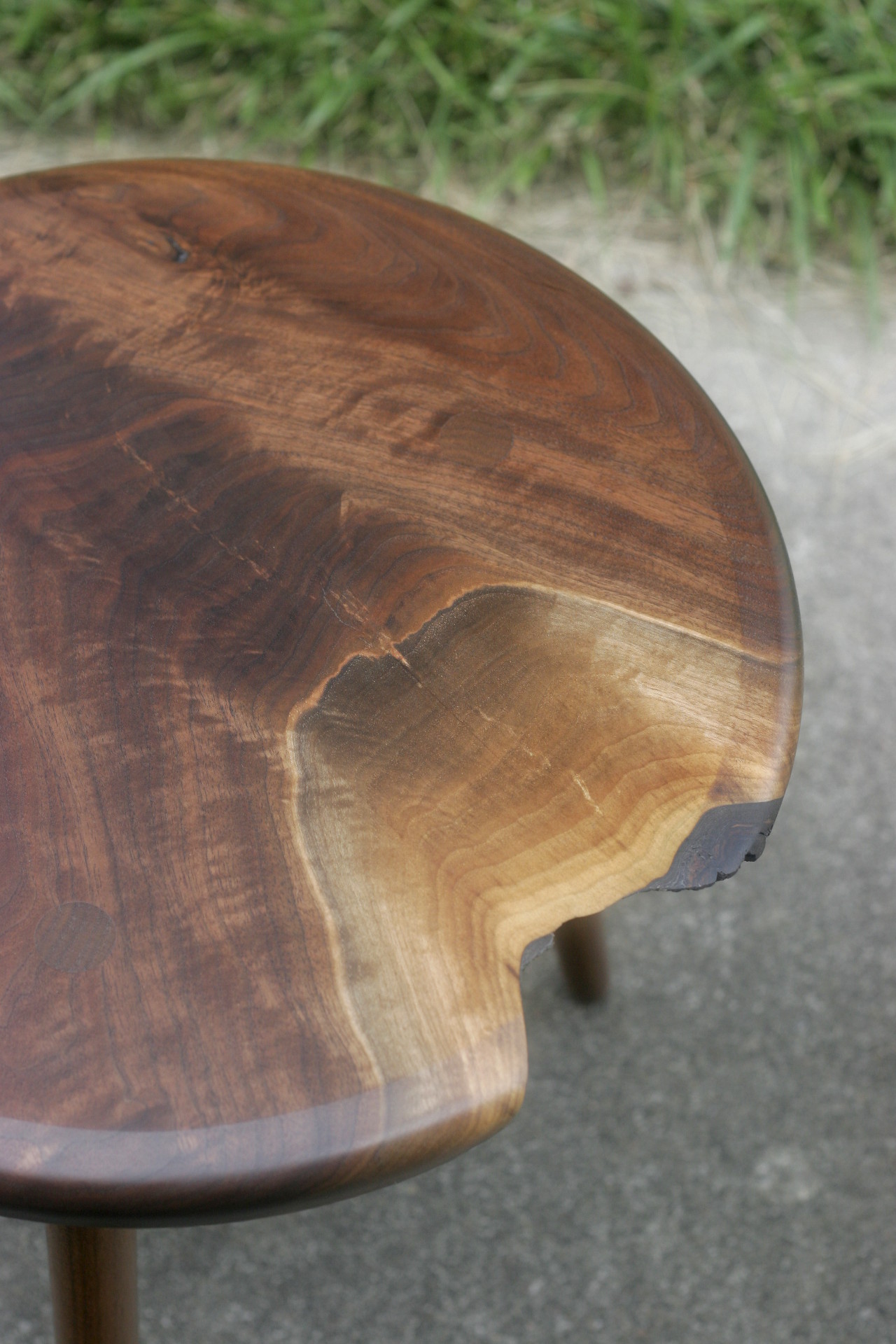 Where a large limb diverges from the trunk, there’s a tremendous load bearing on that joint. The tree has to do something to keep the limb from simply splitting off and falling, so typically the wood fibers above the crotch weave themselves together. In walnut and some other species, this can yield fantastic textures. People refer to it as “crotch figure” or “rat tail,” and it’s highly prized. These two tables celebrate that feature to the degree of eliminating almost everything else. I left just a little bit of live edge from the crotch as a reminder of the form of the tree. The two tables are similar, but not twins. They’re from different trees, and as such they have slightly different sizes and colors. Sold. 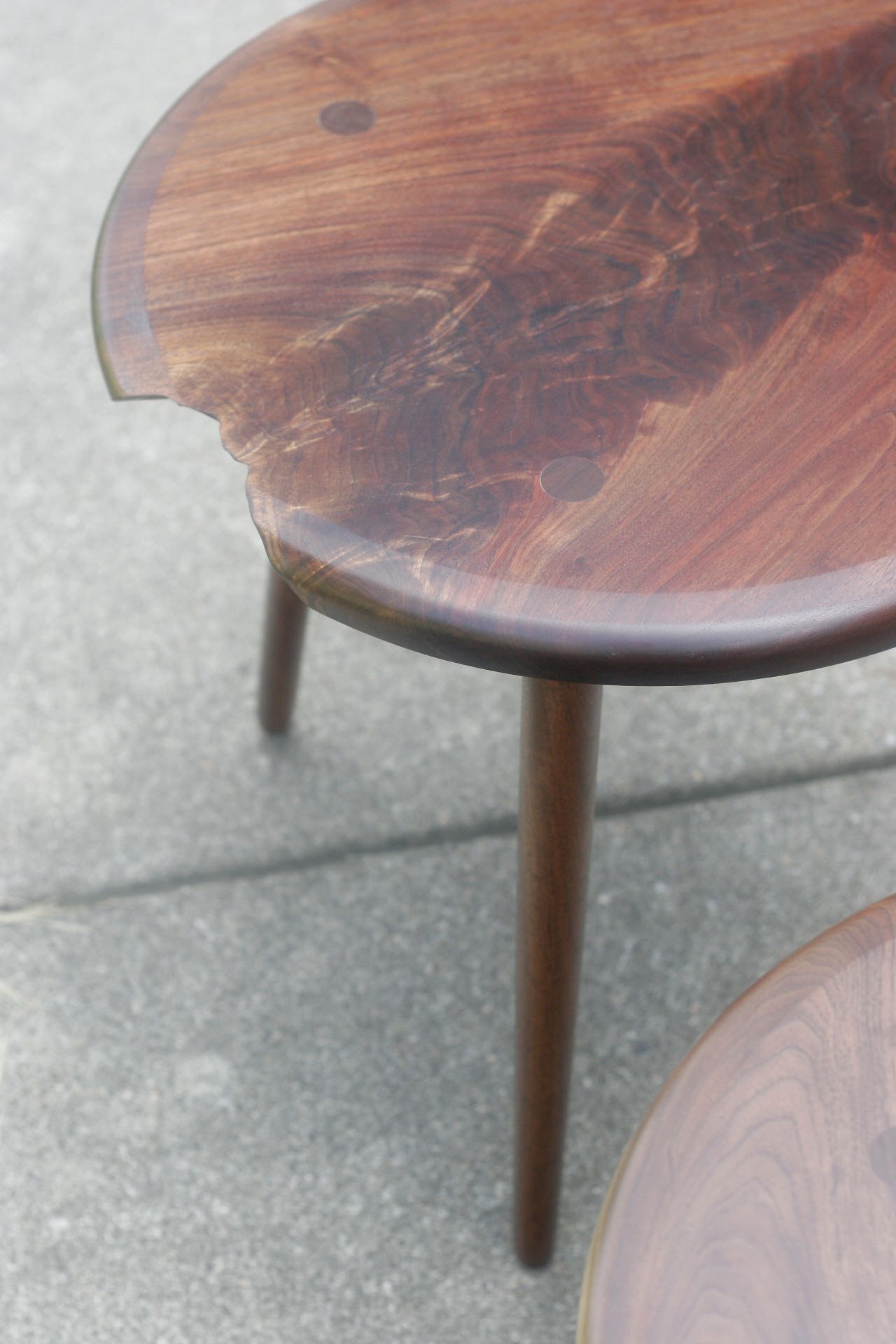 ← Previous: Osage orange 6-drawer dresser Next: Cut This One Off at the Knees →