One of the principles that guides design of wooden objects is that solid wood moves. Its dimensions actually change as it absorbs and releases moisture through the seasons. And the force of this expansion/contraction is incredibly strong, so you can’t stop it by binding it in. I had a hunch I could build a triangular table that would expand outward from the center, without cracking. It’s not something I’ve seen before, so I made this small one to test the hypothesis. Two years later, it’s passed the test and is now for sale. I really want to build a dining table with this principle, but I’d like to have a client for it first. Pro: that dining version would seat six with a smaller footprint than a round table. Con: you won’t find a tablecloth to cover it with (but why would you?). This small one is available now for $1150. By the way, the legs are cast iron. The top is mixed, white oak and ash, with a whitewash stain and clear topcoat.

← Previous: Red Gum and Green Next: walnut and walnut burl → 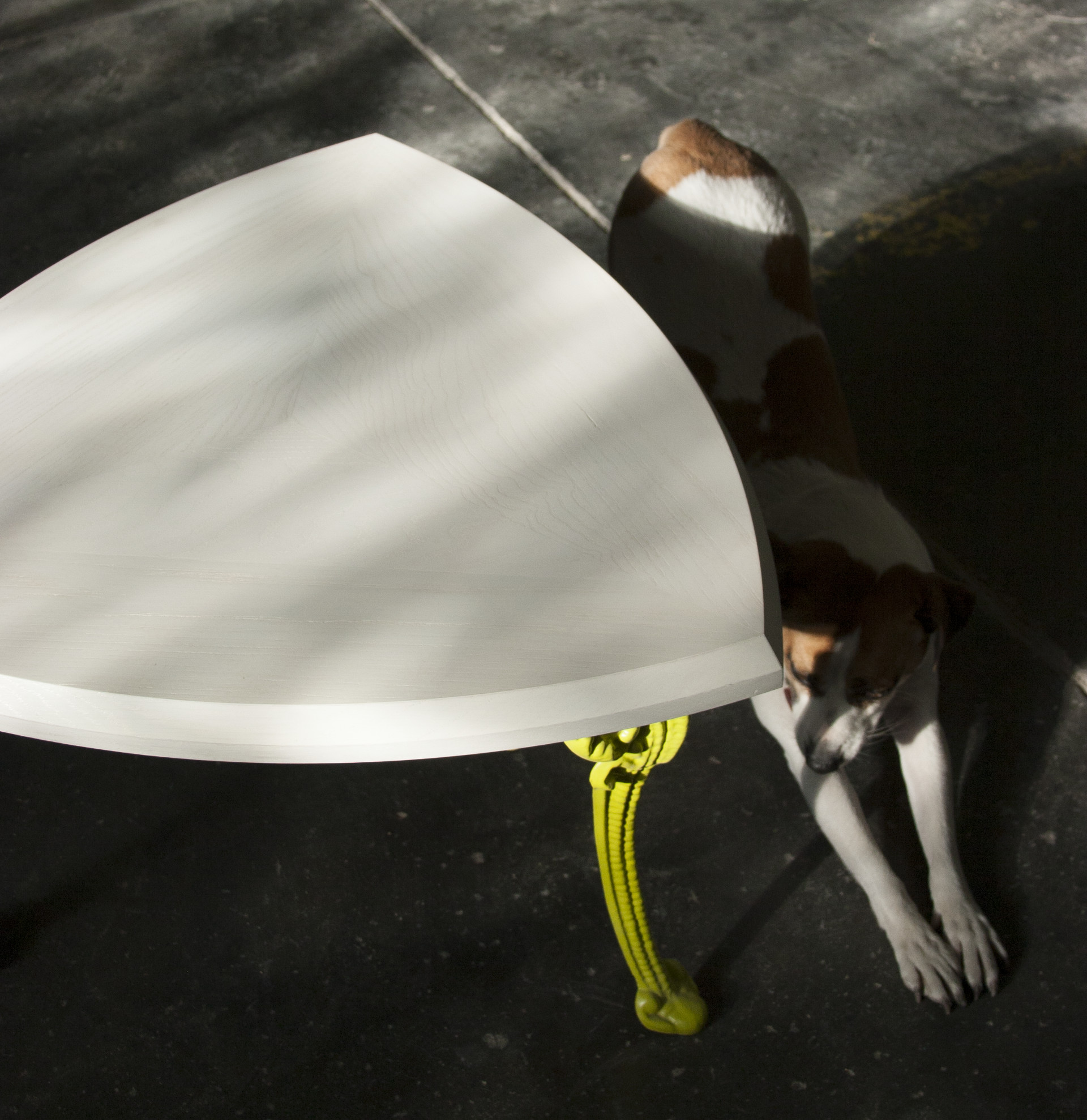 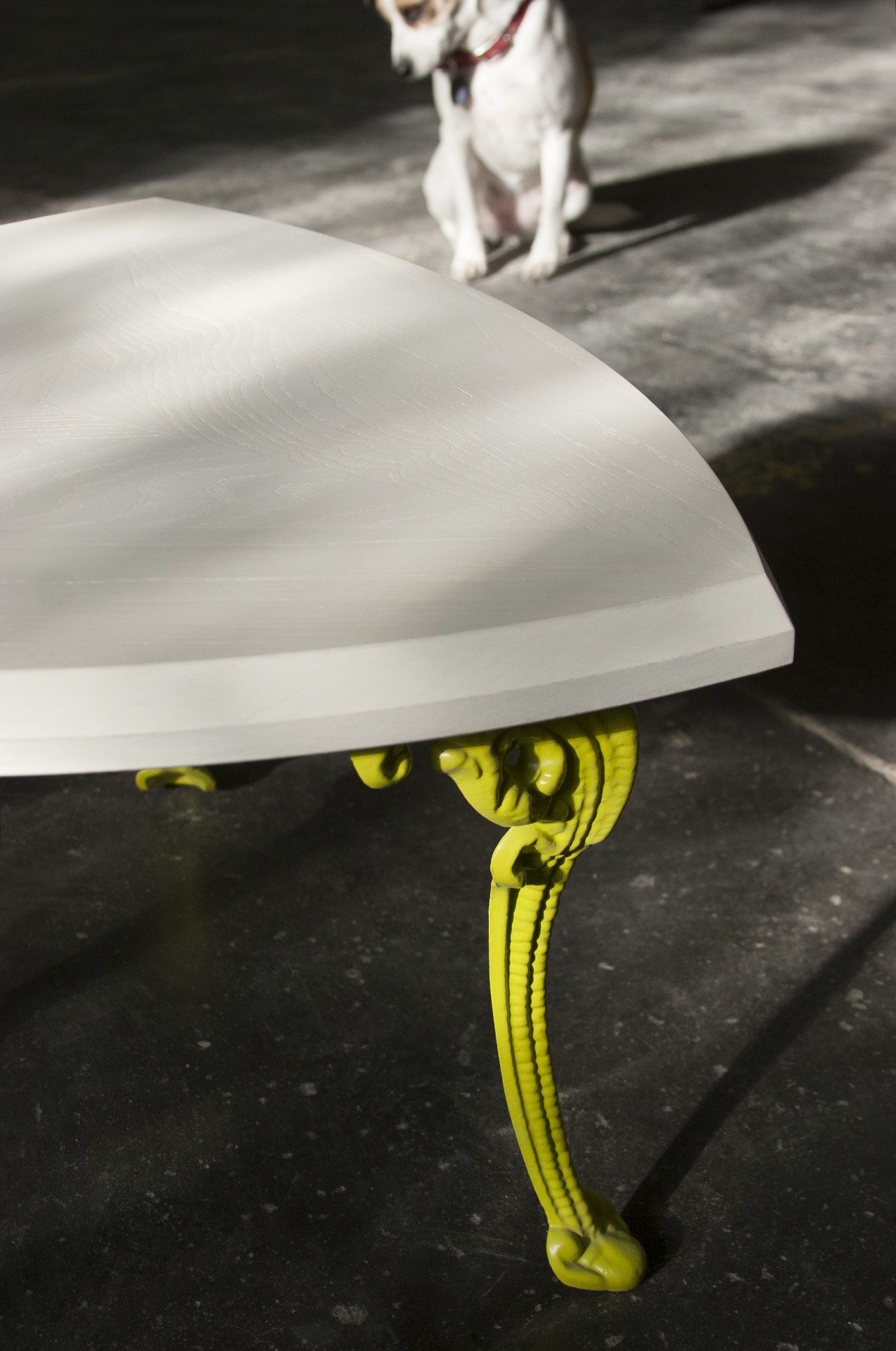 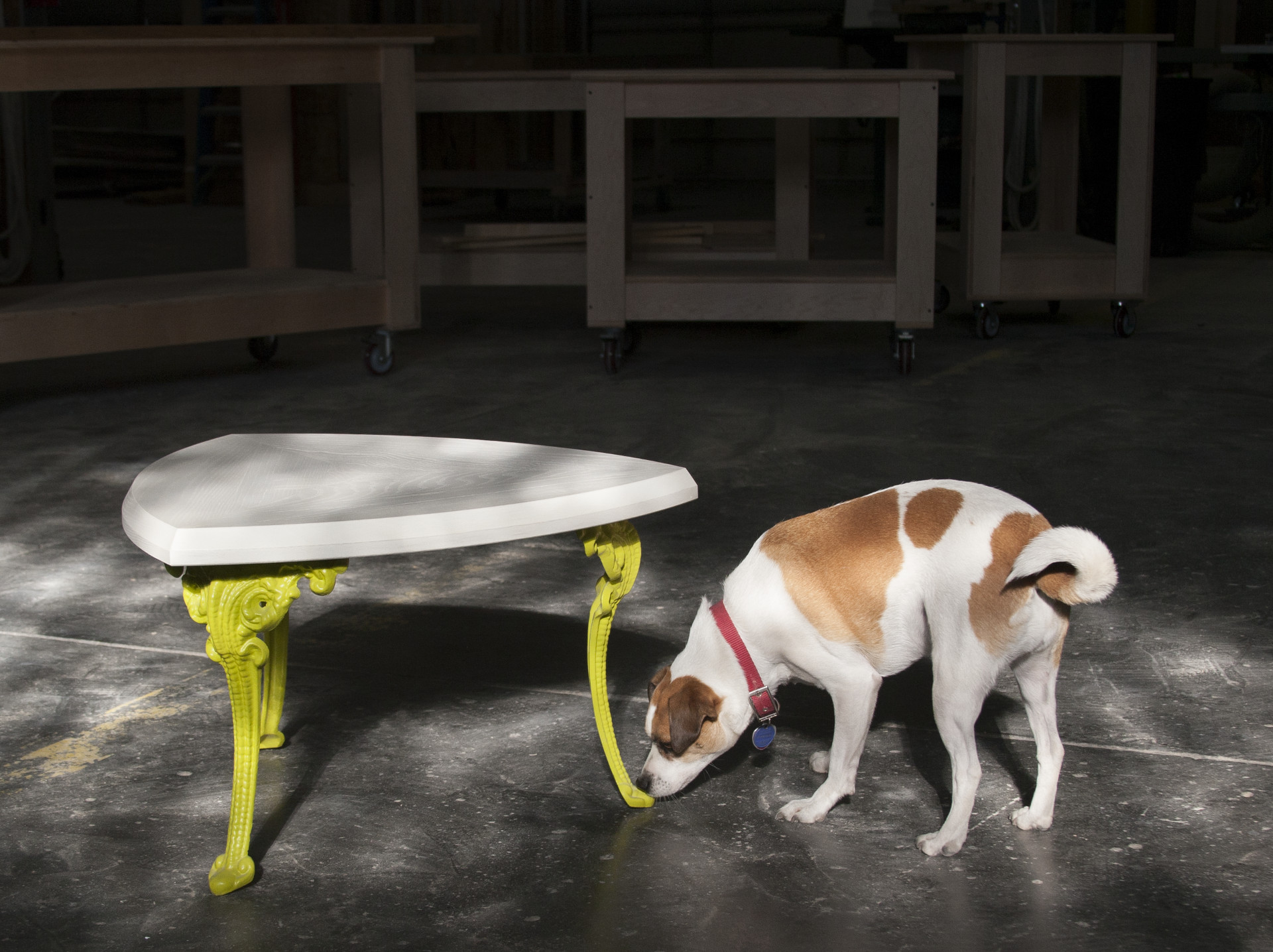